The integration is a bigger deal than most realize. Consoles may leapfrog pc performance after all.
---
// published on Ars Technica // visit site 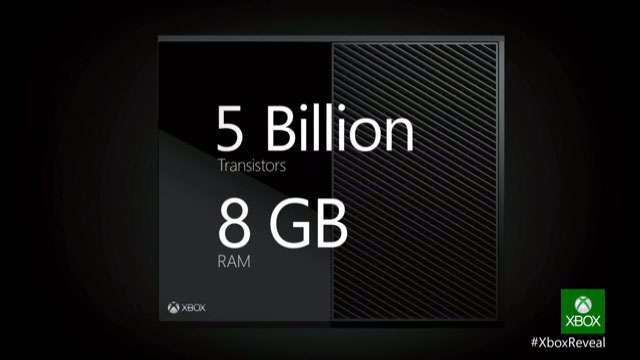 Lots of numbers. Not many details.

Compared to Sony's earlier PlayStation 4 reveal, Microsoft's Xbox One event has been light on technical details so far. Of the rumors that were flying around before the event, Microsoft has only confirmed a few of them: the new console will have 8GB of RAM, USB 3.0 ports, built-in 802.11n, and support for Wi-Fi Direct.

The reveal has also been big on buzzwords like "5 billion transistors" and "native 64-bit architecture" that don't really mean much without any context, but Wired's Gadget Lab has some more information for us: much like the PlayStation 4, the One uses a custom-designed APU from AMD (hence, 64-bit), and this APU apparently brings the CPU cores, the GPU, the memory, and the other necessary controller chips into a single 40nm SoC (hence the sky-high transistor count).

And, finally, the Xbox One includes a Blu-ray drive, a piece of Sony-backed technology that never made it to the 360. For a brief time, Microsoft sold an HD DVD add-on drive for the 360, but that format's eventual failure left the 360 reliant on its standard DVD drive for the rest of its life cycle.