Find: For the first time, EA’s real-life money is mostly from digital sales 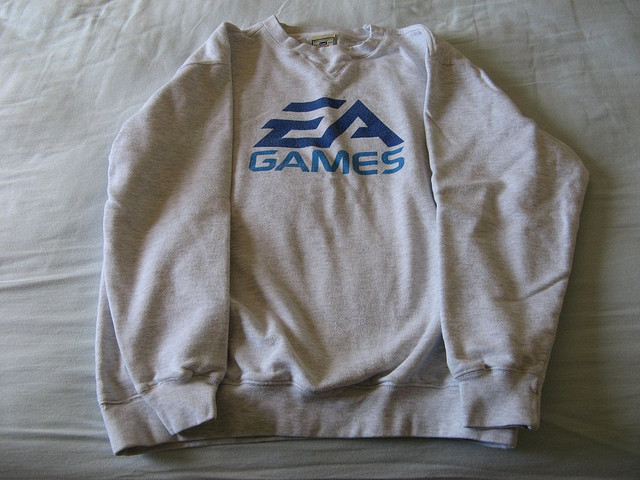 Will swag be the only physical stuff EA sells in the future?

The writing has been on the wall for brick and mortar game retailers for years. Increasing broadband penetration and popular downloadable releases by major publishers and indie developers alike have heavily decreased GameStop's stranglehold on game distribution recently. But this week might represent an inflection point in the battle between online and retail distribution in the gaming market. For the first time ever, EA has announced that a majority of its quarterly revenue came from purely digital sources.

Sure, only 50.7 percent of the publisher's $949 million of GAAP quarterly revenue came from direct online downloads. That means EA still relies on traditional retailers for a substantial 49.3 percent of its business. But a year ago at this time, digital sales were only about 36 percent of the company's revenue. The change is the result of both a marked increase in digital revenues and a substantial decrease in traditional brick-and-mortar sales, a trend that has shown up in EA's quarterly results for at least a year now.

To give the size of this market shift some context, consider that, more than 10 years after the launch of the iTunes Music Store, digital music sales still account for just 37.3 percent of the overall market, according to SoundScan. Despite a 4,456 percent increase in e-book sales since 2008, downloadable reading still represents only 20 percent of all book sales. And even though people now watch more movies online than on disc, DVD sales of $11.1 billion still dwarf online movie sale and rental revenue of $1.7 billion.