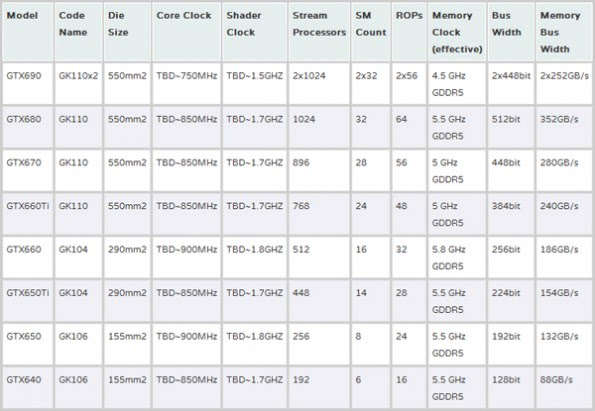 NVidia’s next hardware revision is code-named “Kepler”, but more than that is largely a mystery.  One site claims to have gotten a copy of some Kepler specs, and if they’re true it’s pretty impressive.

Expected to drop in April & May, they’re showing numbers around 45% over Radeons HD7970 for $650.  Of course, without public confirmation it’s anybody’s guess.