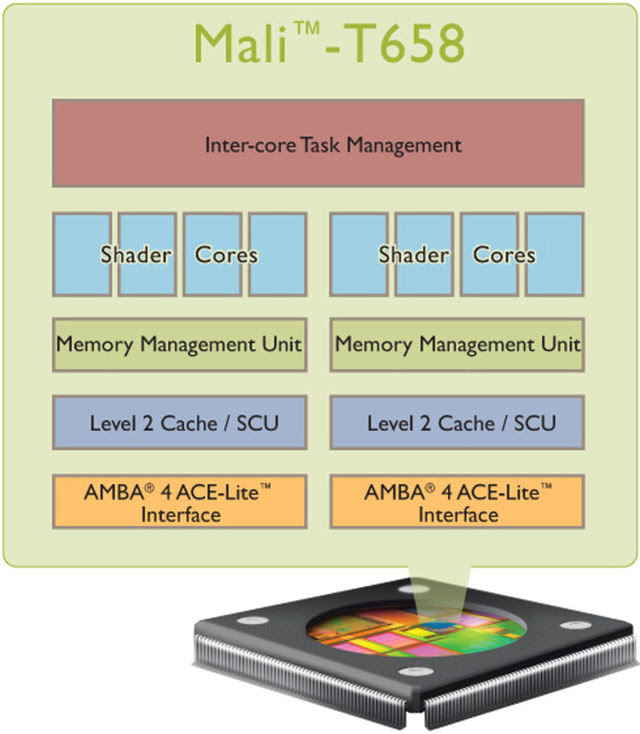 Chip designer ARM has announced its next generation mobile GPU, the Mali-T658. ARM boasts that the design will offer ten times the performance Mali-400 MP, found in, among other smartphones, the Samsung Galaxy S II.