Ars Technica is increasing its commitment to PC gaming coverage 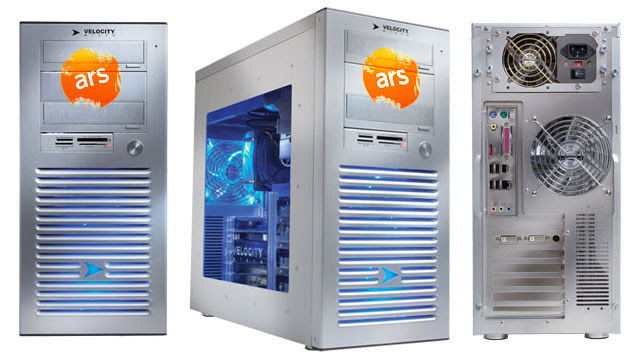 One thing I often hear when it comes to our gaming coverage is that our readers want us to devote more time to PC gaming. Who can blame you? Ars Technica's earliest days saw you guys obsessing with squeezing every frame possible from the epic Abit BH6 or some 3dfx silicon. My own roots are in PC gaming, too. The point is, PC gaming should always have a strong focus here, and today we're pleased to say that we're strengthening it. It's the right time!
The world of PC gaming is in an amazing place right now, as multiple new engines will hit the scene alongside massive big-name games. There's a new Battlefield game coming out using the new Frostbite engine. RAGE is coming alongside a new engine from id. And that's just the beginning; this is the time to upgrade to make sure we're ready for these new games.
The purpose of this post is twofold. In a moment, we're going to introduce our new standardized game testing rig. But before that, a brief word about what we're going to play and review. The truth is, you don't need an amazing PC to play great PC games. We'll continue to review games of all sorts, at all price levels. But the greatest thing about PC gaming is, in our view, the eye candy. Sure, PC games often have better mods than their console counter parts, but we're really smitten with pushing games to their limit at 1920x1200 and beyond. For that, we needed a new PC.
Rather than build our own, this time we reached out to Velocity Micro and asked them to put together a machine that would be modest, but awesome. Modestly awesome, if you will. The result was a slightly modified Edge Z55, the details of which I've posted below. I've had it for about a week, and I love it. Why Velocity Micro? We have more than one satisfied customer on staff, so we called someone we trust. The machine will go back to Velocity Micro when we are finished with it, and no money has exchanged hands. Now, let's look at the rig: